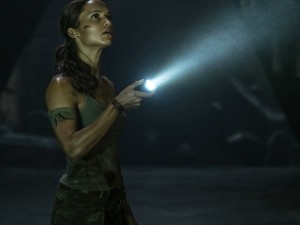 The 2018 Tomb Raider film may not have made a massive impact at the box office or had the same cultural impact as the earlier Angelina Jolie films but it appears to have done well enough – domestically and internationally – to earn itself a sequel, which is currently slated for a March 2021 release. Alicia Vikander’s debut outing as the intrepid adventurer enjoyed moderate financial success back in spring 2018, earning $274 million on a $94-million budget, and many long-time ... [Continue Reading] 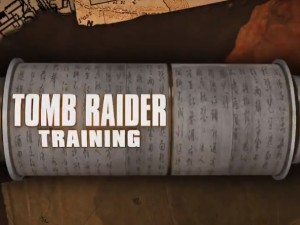 If you weren’t able to attend Croft Camp, the special one-day fitness training session held in Los Angeles to celebrate the upcoming release of Tomb Raider (2018), fear not. Alicia Vikander’s personal trainer, Magnus Lygdback, has put together a series of easy-to-follow fitness videos to help fans get in shape and follow in the actress’ footsteps. Lygdback has worked with other Hollywood actors in recent years, including James McAvoy, Gal Gadot, and Alexander Skarsgard, and ... [Continue Reading] 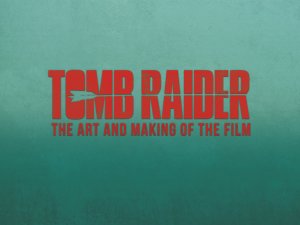 Make some space in your home library because an 176-page companion book to Tomb Raider (2018) will be hitting shelves on March 20! Written by Sharon Gosling and titled Tomb Raider: The Art and Making of the Film, this hardback companion book will be published by Titan Books and will be packed with concept art, behind-the-scenes photos, insights into the stunts, and commentary from actress Alicia Vikander, director Roar Uthaug, and other cast and crew from the upcoming film. Titan Books has been ... [Continue Reading] 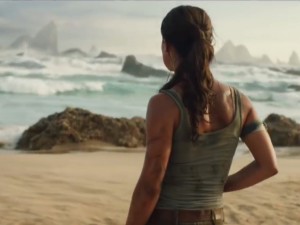 Alicia Vikander’s debut outing as the iconic archaeologist-adventurer Lara Croft will be landing in cinemas worldwide this March and is set to make a splash in the lead-up to the hectic 2018 summer blockbuster season. Warner Bros has sent fans into a flurry of excitement by releasing a brand new trailer for the upcoming film. The first trailer may have been lacklustre but this one has done what I thought was impossible: it changed my mind about the film’s prospects and, more ... [Continue Reading] 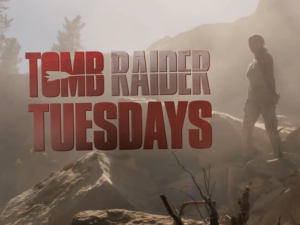 What better way to count down to the release of the new Tomb Raider film than with a weekly dose of brand new content? Warner Bros teamed up with actress Alicia Vikander to announce #TombRaiderTuesdays, a weekly social media event that invites fans to join them on an epic adventure packed with film trivia, puzzles, and prizes. Transcript: “Hi, I’m Alicia Vikander. Happy New Year. Between now and the release of Tomb Raider, join in for #TombRaiderTuesdays to get to know Lara Croft. ... [Continue Reading] 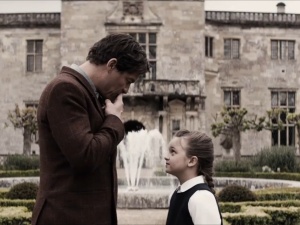 British film magazine Total Film recently published a seven-page exclusive feature on the upcoming Tomb Raider film, which includes a slew of new stills, behind-the-scenes photos, and on-set interviews with director Roar Uthaug and stars Alicia Vikander (Lara Croft), Dominic West (Lord Richard Croft), and Walton Goggins (Mathias Vogel). Lara Croft will be making her triumphant return to the big screen after a fifteen-year absence and fans are eager to know what they can expect from this March ... [Continue Reading] 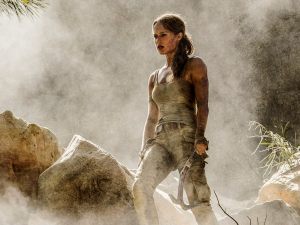 Tomb Raider fans may have got their very first glimpse of Alicia Vikander’s Lara Croft back in early February when the Daily Mail Online published a number of photos from the South Africa-based set but it wasn’t until earlier this week that we got the first official publicity shots and synopsis for the upcoming Tomb Raider reboot film. MGM and Warner Bros teamed up with Vanity Fair, Vogue, Self, and GQ for some exclusive coverage of the 2018 film, which included interviews with ... [Continue Reading] 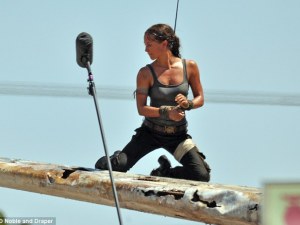 Tomb Raider fans have been anxiously waiting for their first look at Alicia Vikander from the set of the upcoming reboot film and, thanks to the Daily Mail Online, they need not wait any longer! The British news site published a number of exclusive photos that show the Swedish actress in action, dangling from wires, holding on to the wing of an air plane that’s seen better days, and sporting an outfit that looks very similar to the one Lara Croft wore in the 2013 game, complete with ... [Continue Reading]

The Tomb Raider film franchise has hit the reboot button and will finally be bouncing back to the big screen next year, almost fifteen years after the release of the slightly underwhelming – but still enjoyable – Lara Croft Tomb Raider: The Cradle of Life. Directed by Norwegian director Roar Uthaug (Escape, The Wave) and written by Geneva Robertson-Dworet, the film will be out on March 16, 2018 and will see Lara Croft embark on an expedition to find her long-lost (and presumed ... [Continue Reading]

It feels like a project that’s been years – dare I say “too many years” – in the making but the long-awaited reboot of the Tomb Raider movie franchise is finally picking up steam! Back in April, we learnt that Swedish actress Alicia Vikander won the coveted lead role and now it seems we have a release date for the as-yet untitled film: March 16, 2018. Further details about the cast and synopsis will be no doubt surface as the film nears completion but here’s ... [Continue Reading] 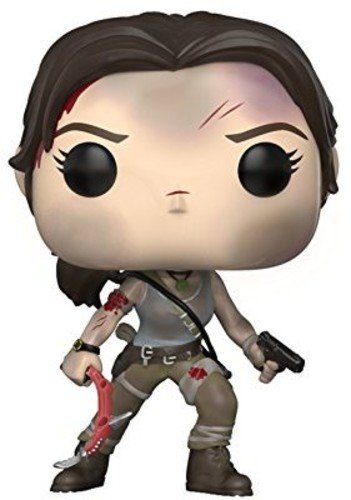