Earlier this year, I interviewed Tomb Raider fan and Blender model designer Jason Chester to learn more about his incredible series of low-polygon models based on the groundbreaking 1996 game. And, as promised, he went on to create a series of models based on the 1997 sequel, completing this mammoth task in late May 2020. The attention to detail is mind-blowing and keen-eyed fans will be able to spot a secret or two hidden away in some of his creations. Some of my personal favourites have been ... [Continue Reading]

Do you like learning about ancient history and faraway lands? Well, if you’re a regular visitor to this site, I think it’s safe to assume that you do. So let me point you in the direction of CroftManor’s phenomenal documentary series, History and Geography in Tomb Raider! History and Geography in Tomb Raider is the brainchild of Simon Bucher, a 22-year-old Tomb Raider fan and student from Germany, and explores the real-life myths, archaeological sites, locations, and ... [Continue Reading]

Now, repeat after me: Archaeologists don’t dig dinosaurs. They. Do NOT. Dig dinosaurs. There’s such a wide misconception that archaeologists dig up fossils and dinosaur bones for a living that some musically-minded archaeologists have taken to Youtube to remind the public, in no uncertain terms, that they “don’t do dinosaurs” and that “digging up dinos is palaeontology”. So if it’s dinosaurs you’re after, it’s Dr Grant you need, ... [Continue Reading]

One of the greatest pleasures in video gaming is the discovery (intentional or otherwise) of “Easter eggs”, those little jokes, secret levels, or hidden messages that game developers insert in their games for the players’ amusement. With a back catalogue spanning almost two decades and across multiple platforms, the Tomb Raider series has had its fair share of “Easter eggs”, ranging from humourous references to fan community in-jokes to visual gags that may be ... [Continue Reading]

Following the success of last year’s Tomb Raider I release for iOS, Square Enix announced today that Apple fans can now enjoy Lara’s second adventure on their iPads and iPhones. Considered by many (including myself) to be the best Tomb Raider game ever made, the iOS release of Tomb Raider II is packed with over 50 unlockable achievements and includes the popular mini-adventure, The Golden Mask. All screenshots above are copyright of Square Enix Ltd. All rights reserved. The game is ... [Continue Reading] 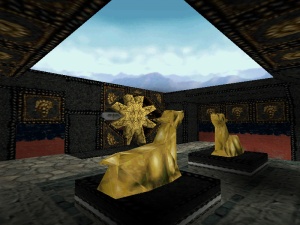 Ladies and gentlemen, it’s time for another edition of Arte-Factual! And this time around, we’ll be making the trek back to Barkhang Monastery to look at some of the other Buddhist symbols that can be found throughout the fictional monastery. The Wheel, or “Dharmachakra”: The Buddhist wheel, or dharmachakra, is one of the oldest and most recognisable motifs in Buddhist art and was once used to represent the Buddha himself (human depictions of the Buddha only started ... [Continue Reading] 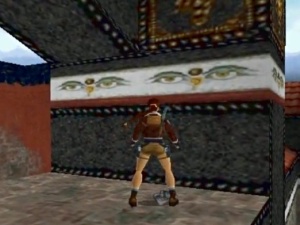 Those of you who have known me for a while will probably know that Tomb Raider 2: The Dagger of Xian is (and most likely always will be) my favourite Tomb Raider game. You might also know that I was interested in archaeology and ancient civilisations long before Ms Croft appeared on the game scene in 1996. But did you know that my interest in Tibetan culture was triggered by Tomb Raider 2? Before TR2 was released, Tibet was, in my younger, uninformed mind, a semi-mythical land of snowy ... [Continue Reading] 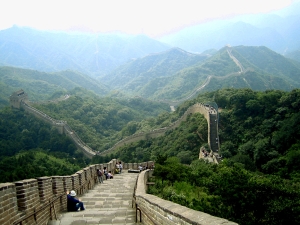 Chinese archaeology isn’t just Great Walls, dragon emperors, and fictional Daggers of Xi’an. If you’d like to learn more about real Chinese history and archaeology, you should check out China Central Television’s 20-part documentary series, “Chinese Civilization“. This series, which can be found in its entirety on its official CCTV page and on Youtube, covers a period of over 5,000 years of the country’s history, starting with the Neolithic ... [Continue Reading]