Shortly after the release of the “End of the Beginning” reveal trailer on April 27, Square Enix, Eidos Montréal, and Crystal Dynamics released a number of brand new screenshots and concept art for Lara Croft’s upcoming adventure, Shadow of the Tomb Raider. Here is an overview of the official screenshots and concept art released in April 2018. Screenshots Lara Croft takes in the sights and sounds of Mexico in her latest video game outing, exploring Maya ruins, gate-crashing ... [Continue Reading] 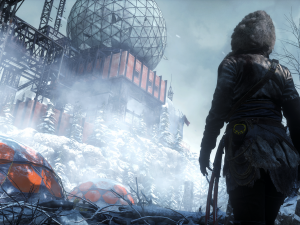 With less than a week to go before Rise of the Tomb Raider: 20 Year Celebration is out for the PS4, Crystal Dynamics has released a bunch of new screenshots from the game as well as a comprehensive list of all the trophies up for grabs. The new screenshots give us a good idea of how visually stunning the long-awaited PS4 edition promises to be when the game hits the shelves on October 11, 2016. Eagle-eyed gamers will no doubt have noticed that Ms Croft is wearing the new orange winter gear, ... [Continue Reading]

With less than a week to go before Rise of the Tomb Raider is out for the PC, Crystal Dynamics has released some information concerning the recommended specs for getting the most out of Lara’s latest adventure. OS: Windows 10 64 bit Processer: Intel Core i7-3770K GPU: NVIDIA GTX 980Ti 2560×1440 or NVIDIA GTX 970 1920×1080 Ram: 6GBDirectX: 11 Input: Mouse + Keyboard Please note that these are not the minimum requirements – only the recommended specs – so you should ... [Continue Reading]

Good news, PC gamers! The critically-acclaimed Rise of the Tomb Raider will be making its way to Steam and Windows 10 Store on 28th January 2016. Earlier today, Crystal Dynamics’ new Heads of Studio, Scot Amos and Ron Rosenburg, announced that the game’s PC release will include a number of new features, including Windows 10 support and 4K resolution, and will be available as a digital download via Steam, the Windows 10 Store, Amazon, the Square Enix store, and other major retailers ... [Continue Reading] 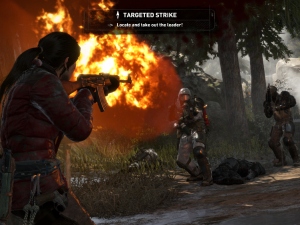 Announcements concerning The Rise of the Tomb Raider are coming thick and fast as the Xbox release date approaches. So fast, in fact, that updating this site and staying abreast of all the latest news is becoming quite the challenge… So for those of you who are in the same boat as I am, here’s a quick rundown of the week’s developments. *** Warning: The following may contain some minor spoilers *** Bobby Tahouri Named as Rise of the Tomb Raider Soundtrack Composer Following ... [Continue Reading]

Rise of the Tomb Raider’s Xbox release date is drawing ever closer and, as a few Tomb Raider fans have put it, the “hype train has left the station”. And with just seven weeks to go until the game is out, the train is certainly picking up speed as it races towards the finishing line. The latest gameplay trailer, Descent into Legend, gives us a few brief glimpses of some of the game’s intricate environmental puzzles and turns the spotlight on some of the ancient locales ... [Continue Reading]

The long-awaited Syria gameplay demo has finally been released to the public and it has reaffirmed my belief that Rise of the Tomb Raider may turn out to be the best Tomb Raider game of recent years. Aside from a few minor gripes (which I will touch upon later), the demo was a 13-minute homage to the TR games of yesteryear and a welcome change from the combat-heavy demos we’ve seen so far. There’s a lot to love about this new demo. Here are my 10 favourite things in no particular ... [Continue Reading]

A brand-new action-heavy Rise of the Tomb Raider gameplay demo made its public début during the Xbox briefing at Gamescom 2015 earlier this week and while I managed to churn out a short article that evening expressing the sheer excitement I felt when I saw the montage of tombs and ancient ruins in the closing trailer, I didn’t really give much thought to the rest of the demo. Until now. So consider this a “delayed reaction” piece if you will. 😉 The Gameplay Demo: The ... [Continue Reading]

This time last year, Tomb Raider fans were up in arms when Microsoft and Crystal Dynamics announced that Rise of the Tomb Raider would be a timed exclusive. It was a move that threatened to tear the Tomb Raider fan community to shreds as one of their beloved game series fell victim to the scourge of “console exclusivity”. Petitions were launched, angry tweets were tweeted, and updates on the official Tomb Raider Facebook page turned into “Console Wars” battlefields ... [Continue Reading] 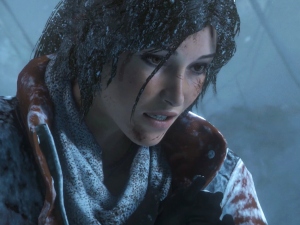 Anyone who’s been following E3 this year will be familiar with the Rise of the Tomb Raider “Avalanche” gameplay demo that made its worldwide debut during the Xbox briefing. The screenshots and video footage have been republished on every other gaming site and clips of Lara and Jonah’s doomed mountain expedition have been featured in virtually every interview conducted with the Crystal Dynamics team. I feel I’ve seen this demo so many times that I’ll be able ... [Continue Reading] 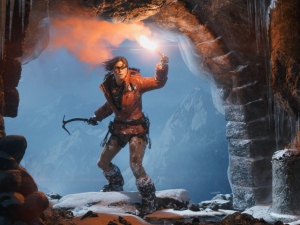 Crystal Dynamics and Xbox have kicked off what will surely be an exciting month for Tomb Raider fans by releasing a new teaser trailer for Lara’s next adventure, Rise of the Tomb Raider. The CGI teaser trailer, dubbed “Discover the Legend Within” sees our heroine relying on her wits, quick reflexes, and trusty climbing axes to traverse and survive the treacherous peaks of Siberia and gives us a sneak preview of what we can expect to see at the Xbox E3 Briefing in 2 ... [Continue Reading]