Many moons ago, I put together a wish list for a sequel to Tomb Raider (2013) and, oddly enough, most of the items on that list ended up being gameplay features in Rise of the Tomb Raider, Shadow of the Tomb Raider, or both. And while a new Tomb Raider game has yet to be confirmed, I thought I’d have some fun in the meantime and think about what I’d like to see and do in Lara’s next outing. 1) Maintain the current balance of combat/exploration/puzzles – For all my ... [Continue Reading]

Alicia Vikander’s debut outing as the iconic archaeologist-adventurer Lara Croft will be landing in cinemas worldwide this March and is set to make a splash in the lead-up to the hectic 2018 summer blockbuster season. Warner Bros has sent fans into a flurry of excitement by releasing a brand new trailer for the upcoming film. The first trailer may have been lacklustre but this one has done what I thought was impossible: it changed my mind about the film’s prospects and, more ... [Continue Reading] 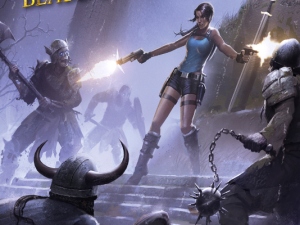 In our latest guest article, South Africa-based writer, cosplayer, and Tomb Raider fan Noelle A (aka Pfangirl) shares her thoughts on Dan Abnett and Nik Vincent’s recent novel, Lara Croft and the Blade of Gwynnever. Please note that the following review may contain some very minor spoilers. Lara Croft and the Blade of Gwynnever is the second Tomb Raider novel from the husband-wife writing team of Dan Abnett and Nik Vincent. This follows 2014’s Tomb Raider: The Ten Thousand Immortals. ... [Continue Reading]

It’s been a week since Rise of the Tomb Raider was released for the Xbox One and Xbox 360 here in Europe and what a week it’s been. Not a day has gone by where I haven’t sent Lara back to Syria or Siberia in search of elusive collectables. And even after a good 30 or so hours of exploring Rise’s vast hubs, I’m still at 96% game completion. If there’s one thing that can said about the game it’s that you’d definitely be getting value for money. ... [Continue Reading]

The first issue of Dark Horse’s new series, Lara Croft and the Frozen Omen, is finally out and it seems to be off to a great start so far. This five-part series by Invisible Republic writer Corinna Bechko follows the adventures of “Classic” Lara Croft and fellow archaeologist Carter Bell as they race against time to stop cultists from getting their hands on some ancient ivory artefacts and using them for their nefarious purposes. Will the intrepid duo save the world from ... [Continue Reading]

Rise of the Tomb Raider’s Xbox release date is drawing ever closer and, as a few Tomb Raider fans have put it, the “hype train has left the station”. And with just seven weeks to go until the game is out, the train is certainly picking up speed as it races towards the finishing line. The latest gameplay trailer, Descent into Legend, gives us a few brief glimpses of some of the game’s intricate environmental puzzles and turns the spotlight on some of the ancient locales ... [Continue Reading] 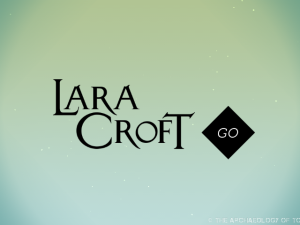 Square Enix Montréal’s latest mobile game, the nostalgia-inducing Lara Croft GO, was perhaps one of the most pleasantly surprising announcements of this year’s E3. Fans hadn’t expected a brand new mobile game to be announced so soon after the worldwide release of Relic Run and with all the excitement and hype surrounding the upcoming Rise of the Tomb Raider, Lara Croft GO could easily have slipped under the radar.  But it didn’t go quietly into the night. In fact, it ... [Continue Reading]

Last November, archaeologist and author Jordan Jacobs approached me to see if I would be interested in reviewing the first two novels in his Samantha Sutton archaeology adventure series and very kindly sent me review copies shortly after our initial chat. While I don’t really fall under the series’ target demographic, I quickly became engrossed in its first two volumes, which, thankfully, managed to avoid most (if not all) of the classic “adventurer archaeologist” ... [Continue Reading] 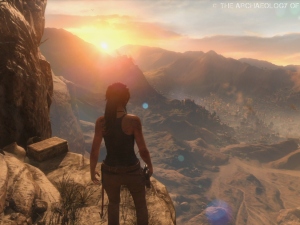 The long-awaited Syria gameplay demo has finally been released to the public and it has reaffirmed my belief that Rise of the Tomb Raider may turn out to be the best Tomb Raider game of recent years. Aside from a few minor gripes (which I will touch upon later), the demo was a 13-minute homage to the TR games of yesteryear and a welcome change from the combat-heavy demos we’ve seen so far. There’s a lot to love about this new demo. Here are my 10 favourite things in no particular ... [Continue Reading] 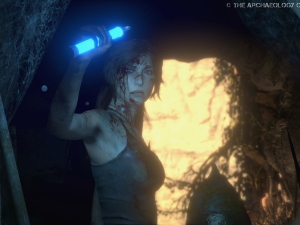 A brand-new action-heavy Rise of the Tomb Raider gameplay demo made its public début during the Xbox briefing at Gamescom 2015 earlier this week and while I managed to churn out a short article that evening expressing the sheer excitement I felt when I saw the montage of tombs and ancient ruins in the closing trailer, I didn’t really give much thought to the rest of the demo. Until now. So consider this a “delayed reaction” piece if you will. 😉 The Gameplay Demo: The ... [Continue Reading]

This time last year, Tomb Raider fans were up in arms when Microsoft and Crystal Dynamics announced that Rise of the Tomb Raider would be a timed exclusive. It was a move that threatened to tear the Tomb Raider fan community to shreds as one of their beloved game series fell victim to the scourge of “console exclusivity”. Petitions were launched, angry tweets were tweeted, and updates on the official Tomb Raider Facebook page turned into “Console Wars” battlefields ... [Continue Reading]