Shadow of the Tomb Raider will be getting seven months’ worth of post-launch content starting from November 2018 and below you will find an archive of “New Adventures” episodes, in which the developers at Eidos-Montréal discuss the new challenge tombs and gameplay features that Tomb Raider fans can look forward to over the next few months. Season-pass holders will be able to download the new content on a monthly basis. Those without a season pass will have the option to ... [Continue Reading]

During his interview with Inside Xbox in September 2018, Crystal Dynamics’ Senior Brand Director Rich Briggs talked about Shadow of the Tomb Raider’s monthly DLC packs, which will kick off with the first DLC adventure, titled “The Forge”. “We want to make sure that we continue to tell stories in Lara’s world. And so we have seven different DLC packs – one will drop every single month – and each one of them will give Lara a new skill, a new weapon, ... [Continue Reading]

Wondering when we will get our first glimpse of Shadow of the Tomb Raider gameplay? Curious to know what games conventions and festivals will be hosting events in honour of the upcoming game? Desperate to know when the first batch of season pass DLC will go live? Square Enix, Eidos Montréal, and Crystal Dynamics have published an events calendar on the official Tomb Raider site to give fans an idea of what they can expect over the next twelve months. April 2018 The reveal of Shadow of Tomb ... [Continue Reading] 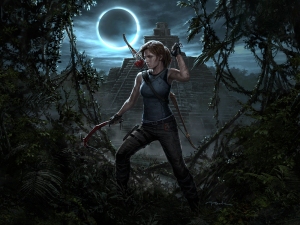 Shadow of the Tomb Raider will be available on PC, Playstation 4, and Xbox One as from September 14 but you may be wondering, “Which edition should I buy?” and “Should I pre-order the game?”. Knowing which edition to splash your hard-earned cash on can be a challenge, especially when there are several different editions to choose from, so here’s a handy guide to help you decide. Update #2: Square Enix has announced that Shadow of the Tomb Raider: Definitive Edition ... [Continue Reading]

The Tomb Raider video game series has always drawn its inspiration from real-world archaeology and mythology as well as classic works of literature and cinema. In the well-received Rise of the Tomb Raider DLC, Baba Yaga: Temple of the Witch, gamers were invited to explore the Wicked Vale, a nightmarish landscape said to be home to a mythical witch. I asked Cameron Suey, the writer and narrative designer for Baba Yaga, about his work on the DLC, his thoughts on the use of horror elements in the ... [Continue Reading] 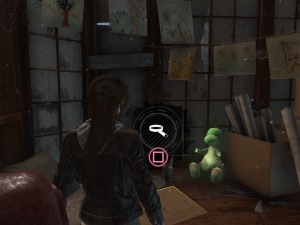 Tracking down Easter eggs in video games is one of the joys of gaming and the ‘Blood Ties’ DLC is rife with references and amusing nods to Lara’s past adventures, making it a real treat for long-time fans of the Tomb Raider series. Whether it’s a familiar object or a subtle nod to Lara’s original backstory, I’ve tried to track down and list as many of the ‘Blood Ties’ Easter eggs as I could find. Please note that this might not be a complete list ... [Continue Reading]

In the recently released Croft Manor DLC, “Blood Ties”, Tomb Raider fans get the chance to take some time out from pillaging ancient sites to delve deep into Croft family history and learn more about Lara Croft’s enigmatic parents and childhood, one aging document at a time. When Lara’s maternal uncle Atlas de Mornay contests the ownership of Croft Manor, she’s left with no choice but to search the derelict manor for a copy of her father’s last will and ... [Continue Reading]