Those of you who have been following the latest story arc of Dark Horse’s Tomb Raider comic series will no doubt be familiar with the Wei Mirror – an ancient artefact dubbed the “Prison of Souls” – that Lara Croft is searching for in her bid to save her friend Sam’s soul from the clutches of the shaman queen Himiko.

But did you know that this mirror is modelled after real-life bronze mirrors found at a number of ancient sites in Japan and China?

In early January 2017, Tomb Raider China contributor Ade Tong went on her own research expedition to track down one such mirror in the historic city of Luoyang (洛阳), the capital city of the Wei state during the Three Kingdoms period.

The first part of her report gives readers a brief introduction to the Wei Dynasty (220-265 CE) before she moves on to the subject of bronze mirrors in Chinese and Japanese antiquity, noting the similarities (and differences) between Han Dynasty mirrors and those that the Wei ruler presented to Himiko’s emissary in the third century. 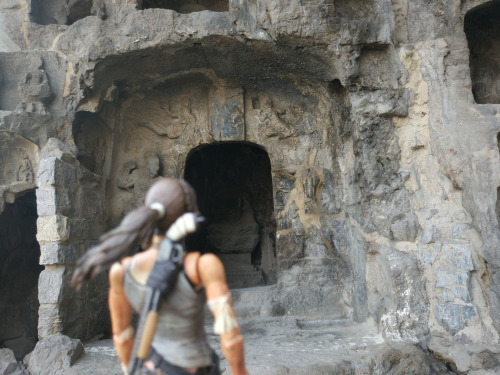 Lara does a spot of tomb raiding in Luoyang (Image credit: Ade Tong)

Ade then goes on to talk a little about the real Himiko based on what we know from historical records.

Precious little is actually known about the queen and her kingdom Yamatai since she isn’t mentioned in any of the oldest surviving Japanese historical records, but historians and archaeologists are slowing piecing together her story from Chinese texts such as the Records of the Three Kingdoms (三国志), the Korean historical text Samguk Sagi, and archaeological excavations conducted in the area of the Hashihaka kofun tomb in Sakurai, Japan.

The third and final part of Ade’s report is all about her visit to the Luoyang Museum, which not only houses over 400,000 artefacts excavated from archaeological sites throughout the city but also the real-life “Wei Mirror” that inspired the one seen in the comics. 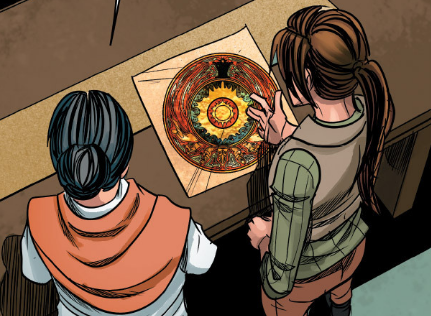 If you’d like to learn more about Ade’s research and trip to Luoyang, you can find parts one and two of her report over here and part three over here.

Looking for more articles about Himiko and her bronze mirrors? Here’s a selection of articles to get you started: