As you probably know by now, The Archaeology of Tomb Raider has just returned from a three-month hiatus. Granted, I didn’t physically go anywhere but I gave myself a much-needed break from monitoring and relaying Tomb Raider franchise news to my readers and social media followers.

Time and tide wait for no Croft and, as a result, I’m now feeling a little out of the proverbial loop.

So what did I miss during the site’s downtime?

The new Tomb Raider film finally has its Lara Croft! And, no, it’s not Daisy Ridley. Sorry, Star Wars fans.

Oscar-winning Swedish actress Alicia Vikander has landed the coveted lead role in Roag Uthaug’s 2017 action flick and is apparently a fan of the older Tomb Raider games, which she used to play in secret because her parents disapproved of them.

Well, she certainly shares Lara’s rebellious nature! Let’s see what else she brings to the table.

A couple of months ago, Crystal Dynamics announced that it will be releasing a special commemorative book to celebrate the 20th anniversary of Lara Croft and the Tomb Raider series. 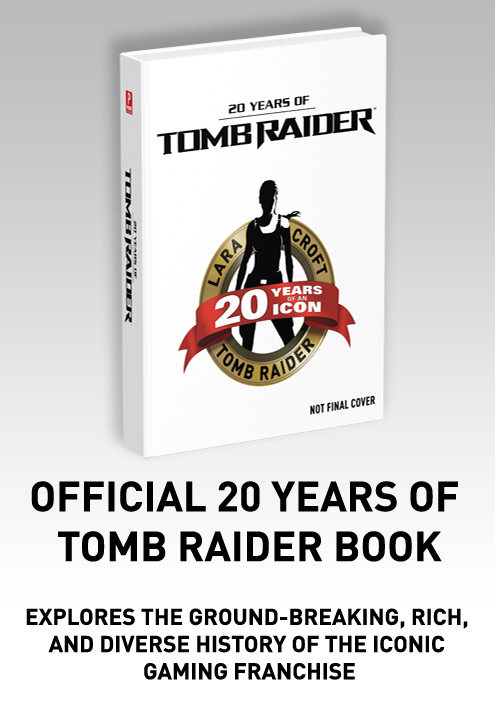 20 Years of Tomb Raider will be packed full of information about the series’ lore, iconic characters, cultural influence, and spin-off media and will include interviews with the games’ voice actors, developers, official models, and composers. In short, a must-have for Tomb Raider fans.

Pre-order your copy today over on Amazon or Amazon UK!

“Lara Croft: The Undisputed Queen of Gaming” at PAX East 2016

Another thing I missed was Square Enix’s PAX East panel, “Lara Croft: The Undisputed Queen of Gaming”. This hour-long panel explored Lara Croft’s impact on gaming over the past two decades and looked at how this iconic figure continues to break down barriers within the industry.

And on the subject of PAX East, Crystal Dynamics uploaded a promotional video that many fans had never seen before as part of their #TombRaider20 fan fest.

The detective-noir short film, Tomb Raider: The Trilogy, was produced specially for the launch of Tomb Raider III and, until a couple of months ago, had only ever been screened at the game’s launch party back in 1998. Now fans are able to view it to their hearts’ content over on the official Tomb Raider Youtube channel.

Special thanks go to Janey de Nordwall, who produced this promotional short film back in the late 1990s and found the long-lost digibeta tape after so many years.

As part of their year-long celebration of the Tomb Raider franchise, Crystal Dynamics will be releasing screenshots, renders, concept art, promo pics, and other assets for all the Tomb Raider games. 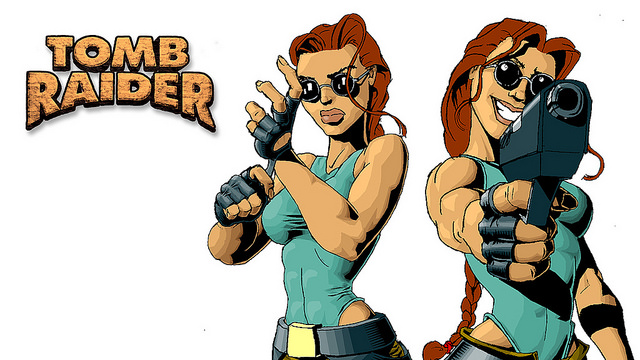 One of the assets found in the Tomb Raider (1996) fankit. Image credit: Tomb Raider.

Fankits for Tomb Raider (1996) and Tomb Raider II can already be found on Flickr and similar fankits for the other games will be released throughout the course of the year.

In fact, you may want to consider bookmarking the official blog’s #TombRaider20 hub page to keep abreast of the latest anniversary celebrations since there’ll be a LOT more fan events and commemorative merchandise heading our way in the coming months!

The first post-Rise comic story arc was launched back in February 2016 with writer Mariko Tamaki at the helm.

Featuring stunning artwork by Phillip Sevy, this six-issue story arc sees Lara on a reluctant quest to find a rare immortality-granting mushroom before the deadly Knights of the Spore beat her to it… or kill her.

The first four issues have already been released but if you’d rather wait a little while longer, the complete six-issue story arc will be available in trade paperback in November 2016. Pre-order your copy today via Amazon or Amazon UK!

And if Sam’s absence in Rise of the Tomb Raider left you feeling disappointed, fear not. Tamaki’s next story arc, which begins with issue 7, will see Lara attempt to “help her friend and confront the evils she faced on Yamatai for once and for all”.

More information about this upcoming story arc can be found here.

OK, I admit I’m a bit behind on my Rise of the Tomb Raider DLC. I still need to complete the Baba Yaga story DLC that was released back in January (this may be a bit hard since my Xbox 360 is currently on the blink) and I completely missed the release of the latest DLC, Cold Darkness Awakened, back in March. 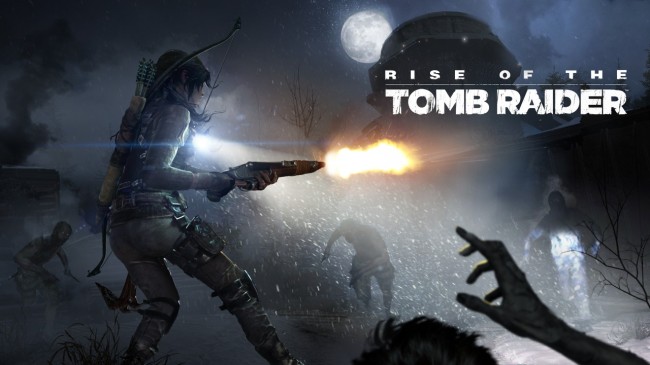 So what is Cold Darkness Awakened?

Well, it’s a short story DLC that really plays up the reboot franchise’s “survival horror” elements. Set in an abandoned Soviet research base, Cold Darkness Awakened pits Lara against a horde of zombified Trinity soldiers and tasks her with locating and deactivating the towers that are producing the bio-weapon that is turning men into bloodthirsty predators.

If you need any help completing this mission, check out Treeble’s walkthrough over on Stella’s Tomb Raider Site!

On the subject of walkthroughs, if you’re struggling to get anywhere with Rise of the Tomb Raider’s challenging Endurance Mode, fellow game blogger John T has put together a handy guide for Stella’s Tomb Raider Site.

John’s guide is packed with tips on which skills you should master first, how to keep Lara from starving or dying from exposure, how to cope with the various traps and enemies Lara may encounter, and which Expedition cards you can use to make your life a little easier… or harder, if you’re a sucker for punishment.

Chances are I’ve missed other exciting bits of Tomb Raider franchise and fandom news over the past few months but, you know, baby steps.

With the franchise’s 20th anniversary celebrations in full swing and E3 2016 just around the corner, I have the feeling I’ll be spending the next few weeks – or possibly even months – getting back up to speed.

So if there’s something you think needs my urgent attention, feel free to leave a link to it in the comments section below!

4 Comments on 8 Things I Missed While on Hiatus