It’s turning out to be quite a week of announcements at this year’s E3 and today’s Square Enix conference was no exception. Not only did we get a few more (albeit brief) snippets of the highly-anticipated Rise of the Tomb Raider, we also found out that Square Enix Montréal is currently developing Lara Croft GO, a brand-new turn-based puzzle game for mobile devices.

Following the success of their award-winning game Hitman GO, Square Enix Montréal have teamed up with Crystal Dynamics to “tap into the nostalgic love [they] have for the ultimate female adventurer, Lara Croft” and produce a game that honours this almost 20-year-old franchise in their own unique way.

Lara Croft GO will be the studio’s third game and the team behind it feel that “Lara Croft was a perfect fit for [them] as the franchise has always been about solving puzzles and exploring exotic and mysterious locations”.

It’s early days yet but I think it’s safe to say that this new project is in very capable hands.

What is Lara Croft GO?

“Lara Croft GO expands the turn-based puzzle gameplay and takes you on an adventure set in a long-forgotten world. Explore the ruins of an ancient civilization, discover hidden secrets and face deadly challenges as you uncover the myth of the Queen of Venom.

A never-before-seen take on the iconic franchise featuring challenging gameplay, gorgeous visuals and a mesmerizing soundtrack, all at your fingertips.” (Taken from the official press release)

All of the GIFs above are copyright of Square Enix Montréal.

While Rise of the Tomb Raider was undoubtedly one of the most talked-about games of E3 2015, Lara Croft GO also managed to get some time in the spotlight.

Daniel Lutz and Patrick Naud of Square Enix Montréal were invited to talk about their game on Twitch’s special E3 live stream with presenters Rachel Quirico and Anna Prosser, giving us some insight into the game’s design and features.

Here’s a brief summary of what was discussed in the video:

In addition, mobile gaming afficionados AppSpy had a chat with the creators of Lara Croft GO and were able to get some direct capture HD footage of the game in action.

Here’s a selection of screenshots I made from the AppSpy game footage. As you can see, the game’s art style, while simplistic, is a fitting tribute to the Core Design classics of the 1990s and early 2000s. 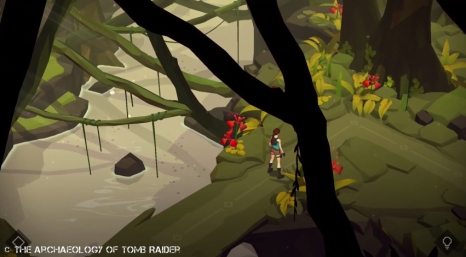 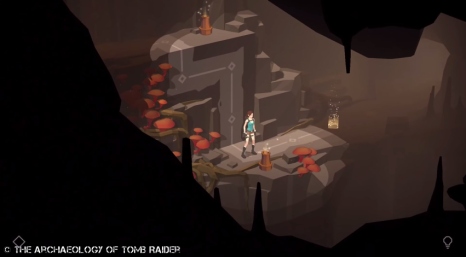 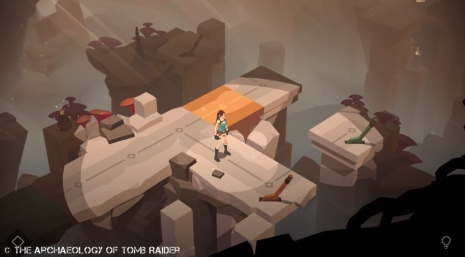 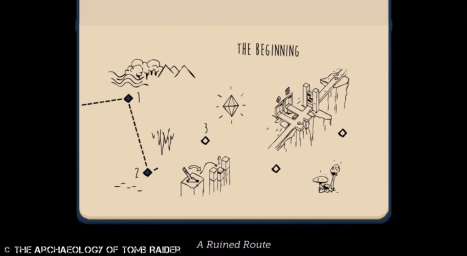 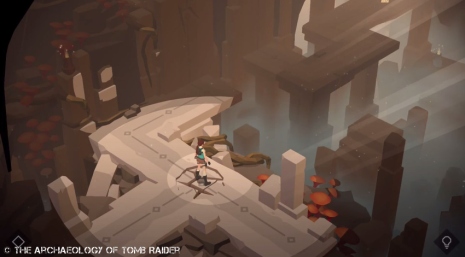 All of the above screenshots were made by me using this AppSpy game footage.

A release date hasn’t been confirmed yet but Lara Croft GO is due to be released for various mobile platforms later this year. If you’d like to know more about the game or stay up to date with all the latest developments, you can find Square Enix Montréal on Facebook and Twitter.