E3 2015 opens in less than 2 weeks and the Tomb Raider fan community is already buzzing with excitement. Earlier this week, Xbox and Crystal Dynamics released a short CGI teaser trailer to whet the fanbase’s appetite while visitors to the game’s official Xbox page were invited to look for clues hidden across the page. These clues were little tidbits of information about the game’s plot and primary antagonists, narrated by Lara (Camilla Luddington) herself. You can find screenshots of the clues over on The Archaeology of Tomb Raider’s Facebook page. 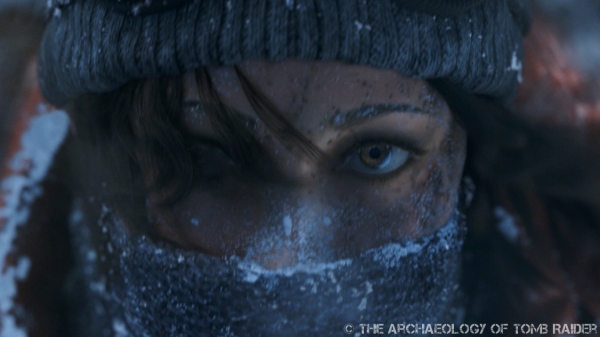 Crystal Dynamics have kept mum about plans to release the game for the PC or PlayStation once the exclusivity deal with Microsoft is up but we do know that we will finally be getting our first real glimpse of the game as well as an extended trailer and interviews with the development team during the E3 festivities. Not to mention first-hand accounts, photos, and footage courtesy of the E3 Tomb Raider Ambassadors.

Fansite admins were invited to apply for the program, which would grant them access to gameplay demos and interviews with the Rise development team. Dozens of admins applied for the program but only 11 lucky people made the final selection.**

Fans are encouraged to join the official Tomb Raider forums and post any questions they may have for the ambassadors and/or the Rise development team in this thread. The most popular questions will be put forward by the Square Enix Forums representative Patrick Johnson during a special interview session with the dev team in mid-June.

** Since several people have already asked me this on social media: I wasn’t chosen for the Ambassador Program because I didn’t apply. Sadly, work and other commitments prevented me from taking time off in June so there was little point in applying. Maybe next time… 😉

Curious about when you can tune in for all the latest news and views? Here’s an overview of the events Crystal Dynamics and Square Enix will be participating in in this year’s E3:

Many of these events will be streamed live on the Xbox website, the Xbox Live Events Player, Spike TV, Youtube, and/or Twitch. I’ll try to update this list with details on how you can watch the events live as they become available but I encourage you to follow these social media accounts and websites to stay up to date with all the latest E3 info:

The next few weeks look set to be an exciting time for Tomb Raider fans, though, let’s face it, non-Xbox owners may struggle to feel any real excitement towards a game they won’t be able to play on release day. But let’s push the negativity aside for now (hard as it may be) and see what the dev team have in store for us later this month.

I have a short wishlist of things I’d like to see (or hear) at this year’s E3:

So that’s all from me for now. I’ll try to watch as many of the live events as possible (free time and time zones permitting) and will do my best to keep you all informed of all the latest news and footage to come out of E3. Stay tuned!

What are you most looking forward to at this E3 2015? Do you have a wishlist of things you’d like to see?