Hundreds of museums and art galleries across Europe took part in Twitter’s first “Museum Week” event this week and to celebrate its success, I thought I’d devote an edition of Lara’s Travels to the museums Lara Croft visits (or refers to) in the Tomb Raider series.**

One of Lara’s most memorable museum visits is her after-hours escapade in the Louvre Museum, Paris, in Angel of Darkness. The Louvre Palace has a long, rich history that stretches all the way back to the late 12th century and today it is one of the largest and most visited art museums in the world.

Visitors to the Louvre will be able to see some of the world’s greatest works of art, such as the Mona Lisa, the Venus de Milo, and the Winged Victory of Samothrace. It is also home to the Zodiac of Dendera and one of the world’s largest collections of Ancient Egyptian antiquities. With eight curatorial departments and thousands of items on display, anyone planning a visit to the Louvre should allow several hours to explore its galleries.

And while you won’t find any real-life Tombs of the Ancients hidden beneath the museum, you will find remnants of the Louvre’s original medieval fortress walls down in the basement.

You can find more information about the Louvre and its collection on its official website.

Renowned for its earth and life sciences exhibits, London’s Natural History Museum may seem a little out of place on this list. Or does it?

In Tomb Raider 3, Lara is tasked with finding some embalming fluid for The Damned and while the British Museum seems like the logical place for an Egyptology exhibit, it’s worth mentioning that the Natural History Museum has an impressive number of Ancient Egyptian animal mummies in its research collections and held an exhibition on animal mummies at its sister museum in Tring, Hertfordshire, in 2005. Furthermore, the museum even hosted the launch party for Tomb Raider 3 back in October 1998.

So a Tomb Raider level based in the Natural History Museum isn’t as unlikely as it seems.

Having said that, if you’re looking for ancient artefacts, you should certainly look elsewhere. But if dinosaurs, geology, and zoology are your thing, a visit to the Natural History Museum is an absolute must.

For more information about the Natural History Museum’s collections and opening hours, visit its website.

If you’re interested in archaeology and ancient history (and, if you’re reading this, I assume that’s the case), no visit to the English capital would be complete without a visit to the world-renowned British Museum in Bloomsbury. Unlike the two aforementioned museums, there are no levels set in the British Museum but it is mentioned by name in the final cut scene of Tomb Raider: Legend.

Update: Fans of the Dark Horse Tomb Raider comic series will also know that Lara has recently taken up a job at the museum and apparently uses the museum’s galleries as a makeshift parkour course (see issue #13). Naughty, naughty…

Established in 1753, the museum attracted over 6.7 million visitors in 2013 alone and it’s not hard to see why. With thousands of items on display across 90-odd rooms, you’d probably need several days to see everything the museum has to offer. Among the items on display are the famous Rosetta Stone (which was invaluable in the decipherment of Egyptian hieroglyphs), the controversial but beautiful Parthenon (Elgin) Marbles, a double-headed Aztec serpent, and the Gayer-Anderson cat statue.

And if, for whatever reason, you can’t make it to the museum itself, you’ll be happy to know that the British Museum has an extensive online database with new images and records added every week and a variety of online educational resources for all ages, including its immensely popular 100-part series A History of the World in 100 Objects.

And if that wasn’t enough, they also have a blog.

More information about the museum’s collections and services can be found on the official British Museum website.

Unlike the other museums on this list, Professor Worth’s King Arthur Museum is entirely fictional. Lara pays a visit to this derelict museum in Cornwall in Tomb Raider: Legend in a bid to find King Arthur’s tomb and discover the truth about Camelot and the Knights of the Round Table. 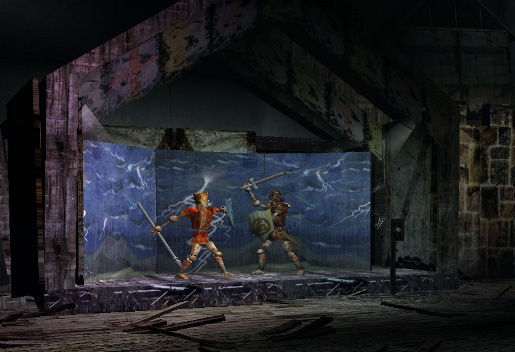 The legends surrounding this fabled leader have spawned a number of Arthurian-themed tourist attractions throughout England and Wales. These include King Arthur’s Great Halls in Tintagel, which was built by the millionaire Frederick Glassock in the 1930s and attracts thousands of visitors each year who come to learn more about Arthurian legend and view the halls’ beautiful stained glass windows, granite throne and Round Table.

Another popular attraction is the Arthurian Centre at Slaughterbridge, thought to be the site of King Arthur’s final battle with the treacherous Mordred. No visit to the Centre would be complete without a visit to its “Land of Arthur” exhibition, a unique collection of photographs, texts, and works of art which attempts to recount the deeds of the legendary king alongside historical fact.

** This article only covers the museums she had visited prior to the 2013 reboot and its subsequent sequels and spin-off media.

Have you visited any of the museums listed above? Feel free to share your museum memories with fellow Tomb Raider fans by leaving your comments below!