This guest blog by Anya Martin is the fourth in our Tomb Raider Inspirations series, in which fans of the Tomb Raider series share their thoughts on the franchise and its leading lady and explain how their personal and/or professional lives have been influenced by one of the most successful video game series to date.

In her guest post, Anya shares her thoughts on the Tomb Raider series and explains how Lara’s single-minded dedication has helped shape her own worldview.

When I first saw the Tomb Raider Inspirations series, I took a moment to think about how Lara has been a role model and an inspiration throughout my life. I was born in 1992, and started playing the Tomb Raider series at the age of five or six (though since I still find the games challenging, I suspect I had a bit of help from my mother back then).

Over fifteen years later, I’m still a huge fan and I’m still scared when I hear the T-Rex theme. As a child, I’d run through forests, climb trees, leap over streams, and imagine finding lost worlds. I used to pore over books about Egyptology and dream of discovering long-hidden tombs. It’s difficult to say how much of that was Tomb Raider’s influence – perhaps it wasn’t at all – but I can at least say that Lara was my hero. And even today, at a practically geriatric 21, I still play the games and admire Lara’s fearlessness, her quick wit, her independence, her self confidence, her calm demeanour… although her archaeology skills and her tendency to launch missiles randomly (TR III) and kill innocent museum guards (TR 6) are somewhat less admirable! 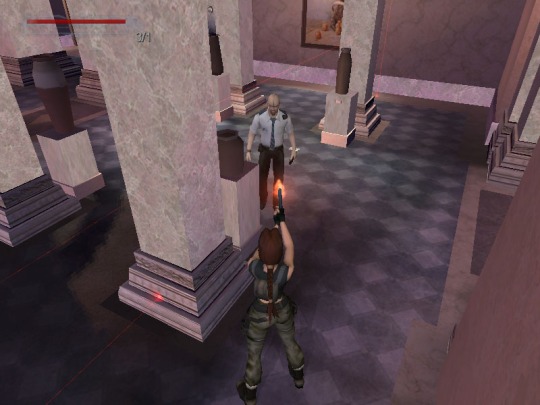 With such an interesting character as Lara, it was difficult to think of just one key way in which she had inspired me across my life. Luckily, in a way that decision was made for me. Because while replaying a few of the games recently, one thing really struck me: Lara’s single-minded dedication to her passion. She has forsaken any semblance of a ‘normal’ lifestyle in order to do what she wants to do. To understand ancient civilisations, to find their hidden treasures, and to explore the world with only herself for company. She doesn’t worry about what other people think about it, and she doesn’t do it for fame or money. She does it because she loves it.

Clearly, this is easier said than done: Lara’s riches don’t go amiss in her adventures, and for those of us without that background, it’s not so easy to dedicate your entire life to your interests and hobbies.

However, this is what I realised. Maybe I can’t do all of the things that Lara does. I’ll never live in a mansion and I’ll certainly never uncover a millennia-old tomb. I won’t gracefully scale mountains, and the odds of me saving the world from a giant spider mutant are quite low. It’s the same for everyone. Life just isn’t a video game.

But does that mean we can’t throw whatever time we have into our interests? Hell no! We should never be too embarrassed to dedicate ourselves to something because of what people will think. We should always be open to learning new things simply for the love of learning. To put it simply, we should use our time on earth doing what we love doing. Why waste time doing things that aren’t productive and don’t make us happy? 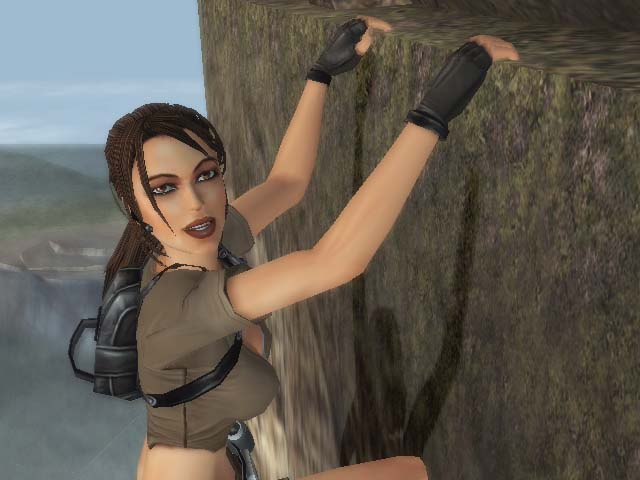 Lara having fun. Each to their own. (Image credit: Katie’s Tomb Raider Site)

Basically, I felt I hadn’t been allowing myself to be as dedicated or as passionate about my interests as I could have been. Even though I’ve spent years learning all about various historical and mythological things, I was too reserved about my own knowledge to share it. And while saying “I’m a lifelong Tomb Raider fan”, I had never engaged with the community in any way. This is what motivated me to try writing an article for The Archaeology of Tomb Raider, and though it was out of my comfort zone, it was also educational, interesting, and very rewarding.

Whereas before I would have been too lazy, I realised that my time is better spent doing new and challenging things. And whereas before I would have worried that no one would read, or people would think I’m too nerdy, I realised there’s nothing shameful about being interested in things. And if just one person reads and finds it educational, then I’ve made my contribution to the community. If not, I’ve still learnt a great deal myself.

So, out of all of the great things about Lara Croft, I think her passion and her drive are two of the greatest and most admirable. If she’s interested in doing something, she doesn’t back down out of fear of a challenge, and neither should anyone. I hope that I’ll be able continue to make use of this lesson in other aspects of my life.

If you’d like to contact Anya, the author of this guest blog, you can do so at anya.martin8_at_gmail_dot_com.

7 Comments on Guest Blog: Life Might Not Be a Video Game But…