Dr. Victoria Herridge, one of the co-founders of the amazing TrowelBlazers Tumblr blog, wrote an article for CNN’s Leading Women feature in which she talked about the blog and its mission to celebrate the lives and careers of the remarkable (and often overlooked) women who have made valuable contributions to the fields of palaeontology, geology, and archaeology over the past couple of centuries.

Why hadn’t I heard of these women? Not the individual names — I can barely name any male archaeologists from that period — but the idea of these women, working in such numbers and even leading their fields. It was as though we’d blithely wiped them all from our popular imaginations, and thus allowed each woman to be easily dismissed — albeit with an approving pat on the head — as anachronistic and an exception-to-the-masculine- rule.

As the names of pioneering women archaeologists bounced around my corner of the Twittersphere, so too did demands for more information, for television programs (which don’t exist) and books (which do). These women’s lives were packed full of adventure, tales of derring-do and breathtaking discovery, and together they subvert an idea of femininity that persists to this day. Stories worth celebrating.

Continue reading “Trowelblazers: In Search of the Female Indiana Jones“… 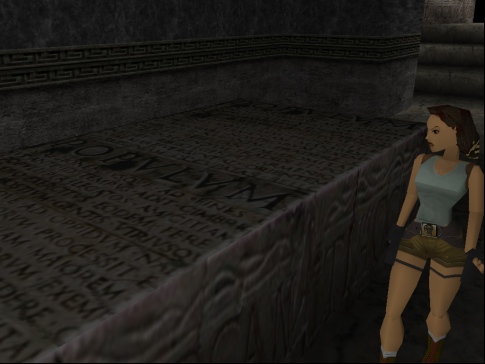 It’s never been clear who the real-life inspiration for Lara Croft was but it’s easy to see a little of Gertrude Bell in Lara. Both were headstrong, determined, and resourceful women who threw convention to the wind and forsook their wealthy, privileged lives in order to travel to remote, sometimes hostile, lands and indulge their thirst for knowledge and adventure.

You can learn more about Gertrude Bell, Dorothy Garrod, Tatiana Proskouriakoff and other female pioneers of archaeology over at the TrowelBlazers blog. TrowelBlazers can also be found on Facebook and Twitter.

Alternatively, you might want to check out this list of 10 biographies of early female archaeologists and explorers or read my review of Amanda Adams’ “Ladies of the Field: Early Women Archaeologists and Their Search for Adventure”.

2 Comments on Article: TrowelBlazers: In Search of the Female Indiana Jones