In the last edition of Arte-Factual, we looked at the history and context of the Ban Chiang vase, one of the many collectable relics Lara stumbles upon in Tomb Raider 2013. This time, we will look at one of the relics Lara finds in the Mountain Temple: a Gunbai war fan.

Gunbai fans, also known as gunbai uchiwa (軍配団扇) in Japanese, were once part of a samurai military commander’s standard command equipment and were used to direct troops in battle as well as offer the commander protection from arrows, rocks, wind, and the sun.

Other command equipment commonly used by samurai commanders included a folding military fan (gunsen, 軍扇), a command baton (saihai, 采配), and a battlefield drum (jindaiko, 陣太鼓), where were all used extensively throughout the Sengoku (ca. 1467-1573) and Edo Periods (1603-1868). The non-folding gunbai fans were usually made of solid wood and/or iron and had metal rings on their handles which allowed their owners to hang them from their belts or breastplate armour. 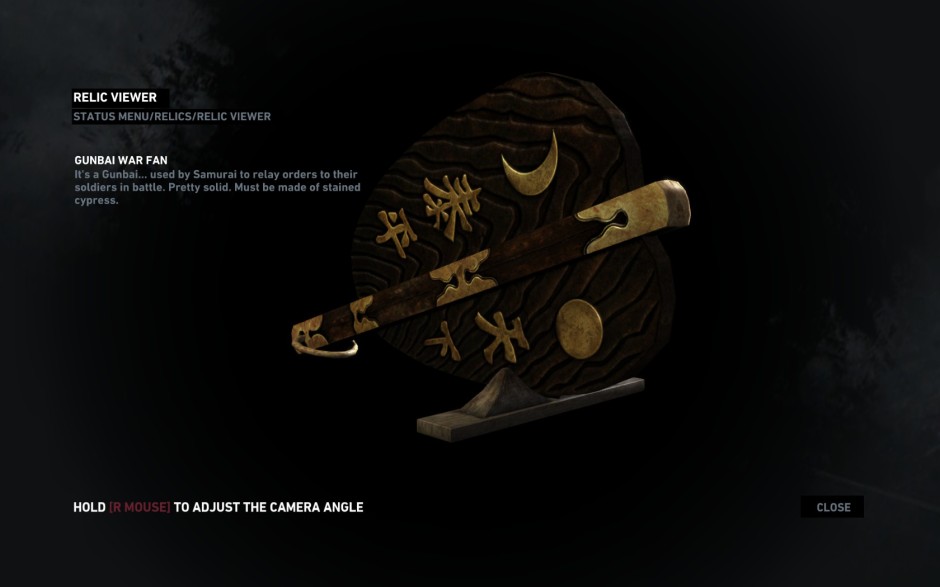 Some fans were beautifully lacquered and decorated with intricate engravings or inlaid with mother-of-pearl but others, such as the one featured in the game, were decorated with simple, esoteric symbols such as stars, suns and crescent moons. These symbols represented the duality of nature and the yin and yang forces that form the basis of Chinese (and, by extension, Japanese) Daoist philosophy and were believed to ensure a swift victory on the battlefield. The kanji text on this particular fan (天下泰平) means “peace reigns over the land”, reflecting the samurai commander’s desire to maintain the status quo by crushing those who threatened social harmony.

Although the aristocratic samurai were replaced by a modern, conscripted army in the early 1870s, one of the many social reforms brought about by Emperor Meiji after imperial rule was restored to Japan after centuries of feudalism, you can still see gunbai fans in use today, albeit in the sumō ring rather than on the battlefield.

Sumō referees, known as gyōji (行司) in Japanese, use gunbai fans to signal the start of each bout as well as point out the winning side once the bout is complete. It is also customary for the referee to place the envelope with the prize money (kenshōkin, 懸賞金) on his fan and present this to the winner. 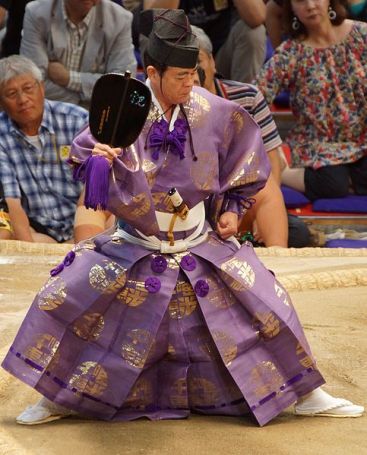 If you’d like to learn more about gunbai fans and/or sumō wrestling, check out the links below: